Dartmoor National Park covers an area of 368 square miles – the largest and wildest area of open country in southern England.  Described by Sir Arthur Conan Doyle as ‘the wild and empty moor’, but there is much more to craggy landscape of The Hound of The Baskervilles. Yes, the moor is high at 2,00 feet above sea level, yet there are many sheltered spots to live in. Despite the recent weather of the last two years there has been little experience of flooding, unlike other areas of the Westcountry.

Throughout the year Dartmoor is an exceptionally beautiful place to live or visit, with wide open moorland, deep wooded gorges and river valleys, beautiful lake-like reservoirs and tumbling rocky rivers.  Dartmoor was designated as one of the National Parks of England and Wales in 1951.  The National Park is named after the River Dart, whose source rises on the moor, with the West and East Dart rivers merging to form the River Dart at Dartmeet.  Surrounding the moor is some beautiful Devon countryside.

Unlike many areas of the Westcountry, the landscape remains the same and is strongly protected. The planners have been resilient as the granite outcrops, allowing little development and no wind farms  and the development of renewable energy been so far restricted to ground sourced heating and hydro schemes. 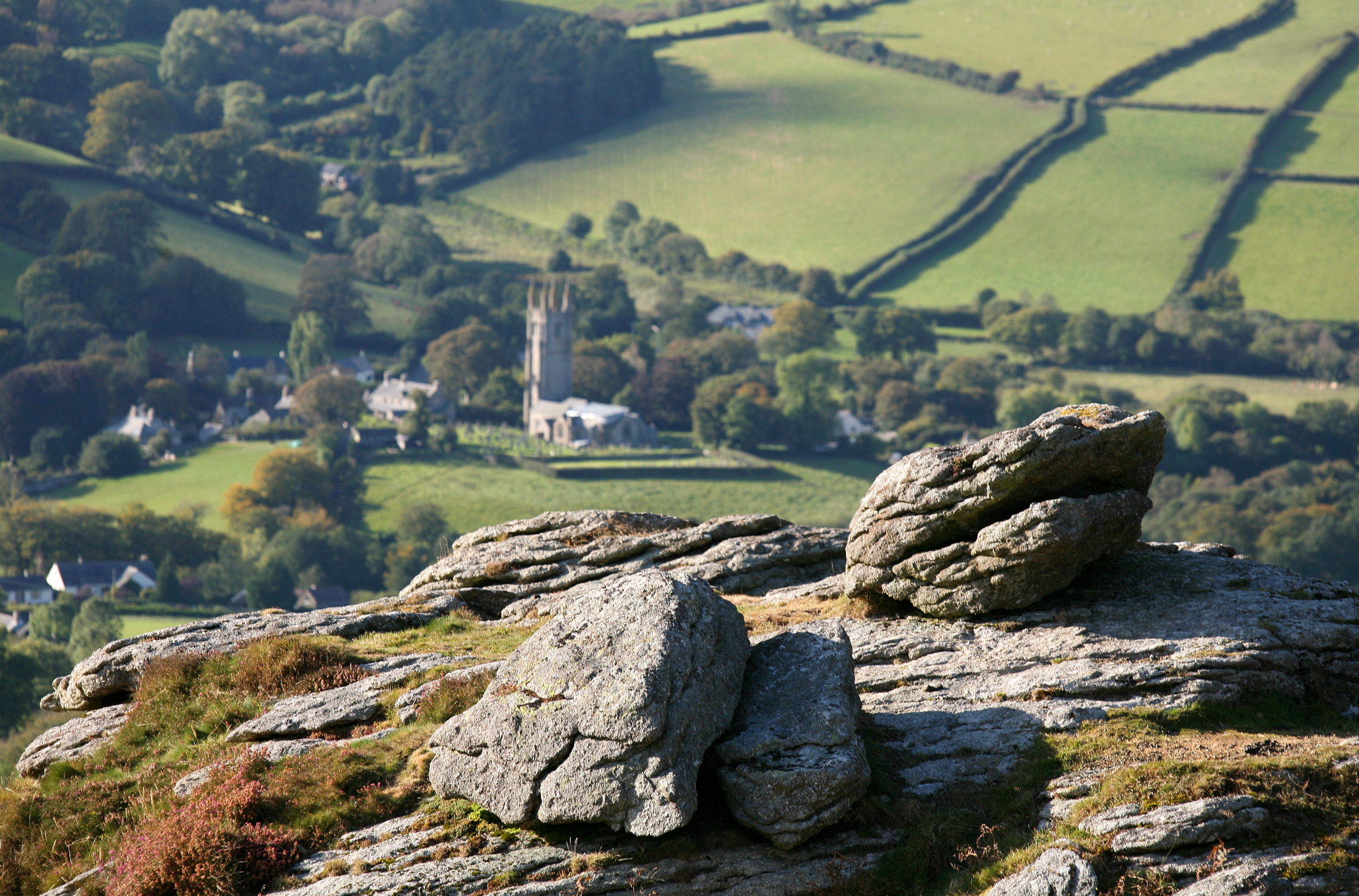 The area is bordered by the cities of Exeter to the east and Plymouth to the west, with excellent communications provided by the A38 to the south and A30 to the north.

There are numerous tiny hamlets, picturesque villages including Widecombe in the Moor, North Bovey and Lustleigh.  Chagford is a particularly popular and sought after town to visit or live.  The bustling market towns serving the area include Okehampton in the north, Tavistock to the west and Moretonhampstead to the east.

The name ‘Tavistock’ derives from ‘Tavy’, the river on which the town lies, and ‘stock’ indicating that the town became a prominent agricultural market for the area. It is the largest town in West Devon and has fine architecture of local stone, wide range of interesting and practical shops, market, riverside park, leisure centre and theatre.

Chagford is a small historic town on the Eastern Edge of Dartmoor with a population of around 1500. Around the picturesque town square there are alot of independent shops, pubs and restaurants. It is a bustling, friendly place with a mix of the hunting, shooting and fishing set and the newcomers, often second-homers attracted by the good communications, properties and places to eat, such as the 2 Michelin starred Gidleigh Park and more locally the transformed Three Crowns.

Chagford has an open-air swimming pool, solar heated and fed by the waters of the River Teign. It hosts a two day music festival, traditional agricultural show and even a film festival.

Okehampton is a bustling market town and is known as the ‘gateway to Cornwall’. Okehampton was formed by the Saxons. The earliest written record of the settlement is from 980 AD as “Ocmundtune”, meaning settlement by the Ockment, a river which runs through the town. There are the remains of the largest castle in Devon, which is run by English Heritage. Okehampton offers a wide selection of shops, three supermarkets including Waitrose and small independent shops.

Moretonhampstead known as ‘The Gateway to the Moor’ nowadays but in Saxon times was known as Mor Tun meaning ‘the enclosed land near the moor’. Almost all of the whole town is in a conservation area and boasts many historic Listed buildings, including the solid granite almshouses which date from the 1400’s and are run by The National Trust.

It is a vibrant, attractive and lively town, big enough to sustain pubs, cafes, yet small enough to be friendly so it is not surprising the population has grown by 10% over the past decade.

Air
Exeter airport has daily scheduled flights to and from Belfast, the Channel Islands, Dublin, Edinburgh, Glasgow, Leeds/Bradford, Liverpool, Manchester, Newcastle and Norwich, together with flights to Alicante, Malaga, Paris and Canada.

Railway
The main line runs through Exeter, Newton Abbot, and Totnes to Plymouth from:

Road
There are two main routes to Exeter from London.  The M4 to Bristol/ M5 to Exeter, which can be driven in 3 hours, and the M3/ A303 via Basingstoke/Andover, which takes a similar time.  From the north, access is via the M6/M5 to Exeter.

From the M5 at Exeter the A38 and A30 give access to Dartmoor and the west. 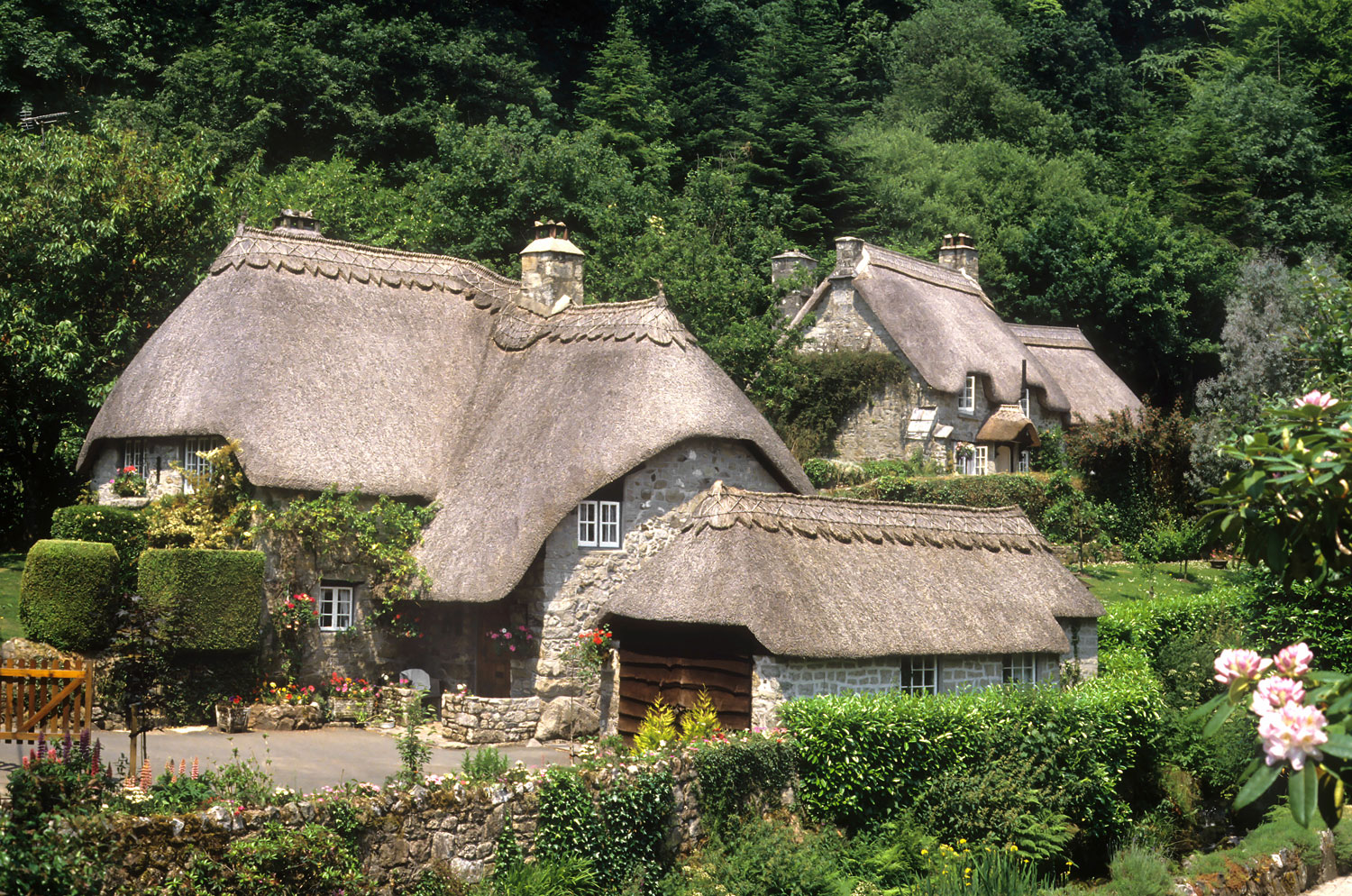 The spread of property types and prices is considerable. Farms with a few hundred acres for privacy are like gold dust, sometimes fetching £3,000,000.  Tavistock, a frequent winner of awards for the best market town in the UK, has properties available at £400,000 and the countryside around it will surprise with the occasional estate fetching between £5,000,000 and £10,000,000.  The supply on Dartmoor is very thin and one needs to allow £400,000 to buy a small cottage, especially in the Chagford area, a hot favourite, Moretonhampstead or Widecombe-in-the-Moor.

Whilst Agriculture and tourism are two particularly important elements of the local economy, there are a wealth of diverse small and large businesses prospering in and around the area, many attracted by the high quality of life and stunning scenery and reasonable accessibility offered by Devon.

There is a great diversity in the style of state school available, from the tiny village primary schools on Dartmoor to large, highly acclaimed secondary schools in the major towns and cities.  There are Grammar Schools in Plymouth, Churston Ferrers and Torquay.

These are listed below. Many operate bus services to outlying rural areas. 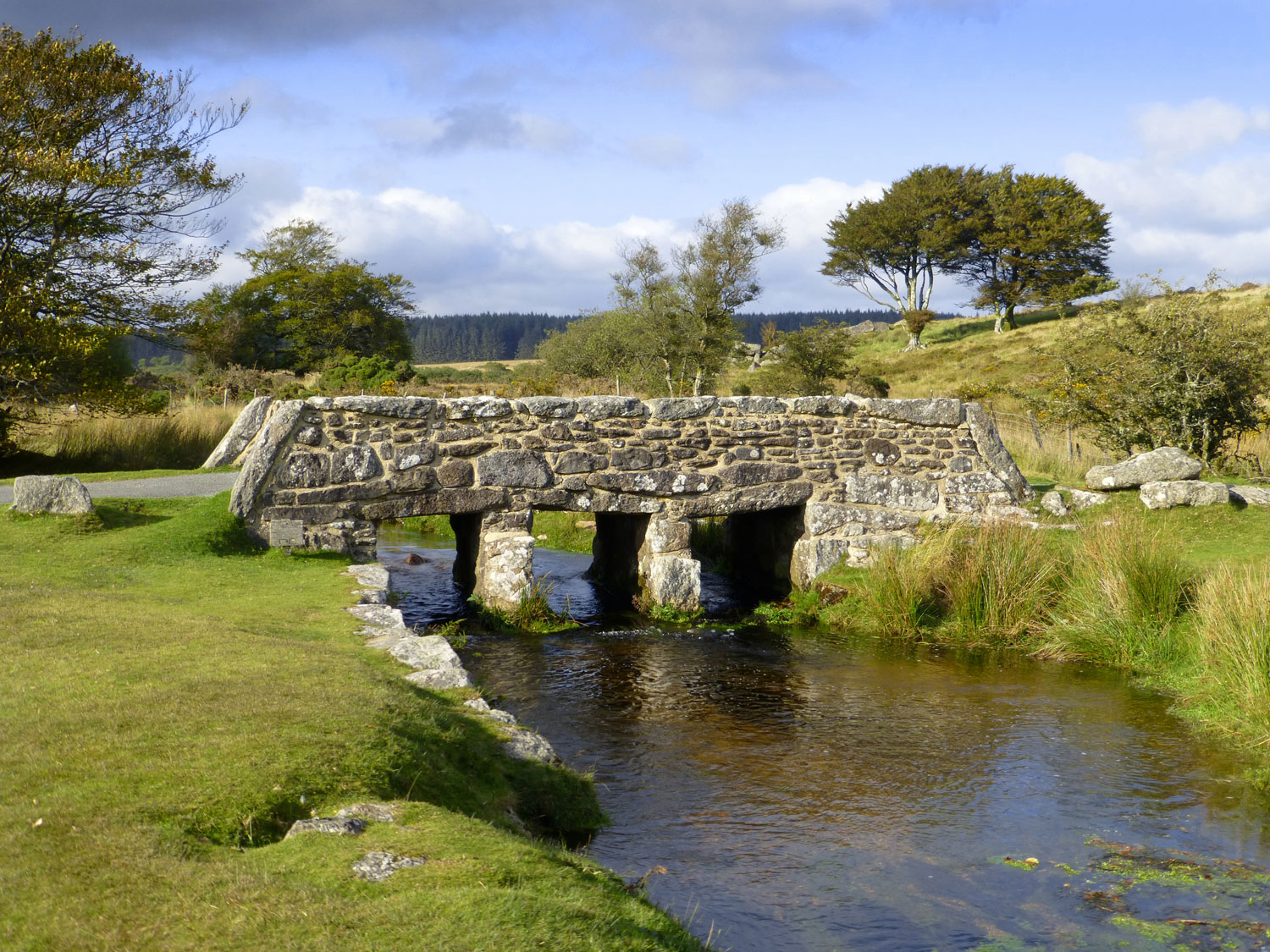 There are many outdoor activities to do on Dartmoor using the natural resources around you from the obvious hill walking to whitewater-kayaking. There are also stables for pony trekking and the River Dart Country Park http://www.riverdart.co.uk/ for a wide variety of activities.