Craig Fuller is the local regional director and Buying Agent for Cotswolds, North Wiltshire, South Gloucestershire, Bath & Cheltenham and has an intimate knowledge of the area having been brought up as a child in Wiltshire after his family moved from Zimbabwe. 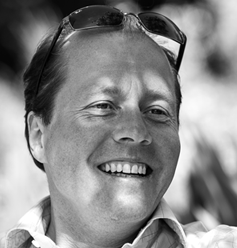 Craig spent ten years living in Russia, where he started a number of different companies involved in property.  As well as opening two restaurants in Moscow, Craig also started a PR Company, the first garden design company in Moscow and founded a material science technology incubator.  This he later floated on the AIM market.

Throughout his time in Moscow, and then in both Brazil and Portugal, he has been involved in property development and hospitality. Upon returning to the UK he acquired and was Chairman the Fox Club in Mayfair, London.

Craig returned to the UK in 2002. He has lived with his family initally in Gloucestershire and now back in his family home near Sherston in Wiltshire.  He is well-known in the area, with a multitude of connections and contacts in the property world and beyond.

Craig is married to Anna-Kate and they have two children Ben and Amelia; Amelia (13) is at school at Westonbirt, (mad about horses), and Ben (16) down at Sherborne. They have three dogs, Faiza, Peggy and Peppa, a cat Mia and ponies Cracker & Jilly

Craig is highly driven, very focused, and a very effective and successful negotiator; he has honed transacting property deals in some of the most aggressive markets in the world.

Finding a property to buy is a daunting proposition when tackled alone, but with Craig`s help, guidance and expertise you know that you are in the best hands to find and secure the right property at the right price.

How We Do It

Lady buyer not being taken seriously by estate agents

Why they came to Stacks Ms M was keen to establish a new life, post-divorce, in a new property but was finding it difficult to be considered a serious buyer by estate agents.  The stress and frustration at never being the preferred bidder meant she eventually followed a friend’s recommendation to get professional representation from…

High demand for single storey properties, coupled with declining supply, means that in many areas, bungalows demand a significant price premium. Always expect the price per square foot to be higher than for a family home set over more than one storey, but if it is a popular low-rise area, the price tag might be…

Fear of relocating to the country (FORC)

The trend for migrating from town to country is slowing, and while much of this can be attributed to economic events and political uncertainty, Linda Jeffcoat of Stacks Property Search believes there is also a growing reluctance to make the big move due to practical and emotional fears such as social exclusion, lack of culture,…

The foodie factor Quoting Craig Fuller of Stacks Property Finders A good example is Bath farmers’ market held at the former Green Park railway station, which is believed to be the longest established farmers market in the UK, running since 1997. ‘The market certainly adds value and great benefit to those streets around Green Park and…